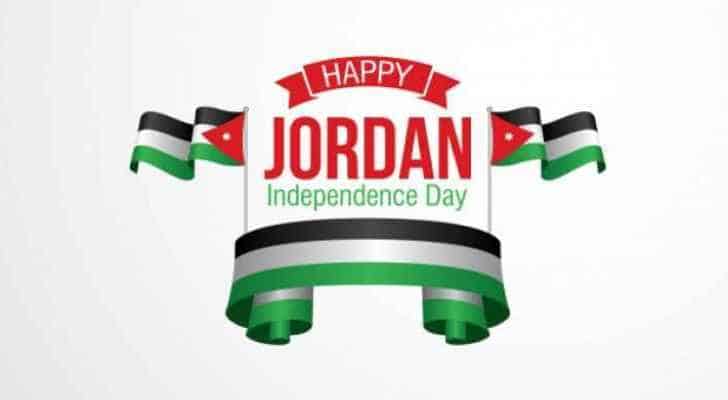 On May, 25 jordanians celebrated the 74th Jordan Independence day anniversary of the independence of the Hashemite Kingdom of Jordan. Hoping for a better future.

His Majesty Abdullah II continued the journey upon his Accession to the Throne in 1999. Since then, Jordan made several leaps forward on several fronts; politically, economically and socially.

Therefore Jordan won its full independence from the British mandate and was declared a Kingdom on May 25, 1946.

Also the Jordanian government launched a national campaign entitled "Our Flag is Up" on this occasion.

It call on all Jordanians to celebrate this occasion and display the Jordanian flags on their homes and all places. Noting that celebrations of this anniversary and gatherings won't be held this year due to the corona pandemic.

His Majesty King Abdullah delivered an address to the nation from Raghadan Palace. On the occasion of Jordan’s 74th Independence Day, marked on Monday, May 25.

“Jordanians have always been fully dedicate to this homeland. Where we live, in security and stability,” King Abdullah said.

Paying tribute to Jordanians’ resilience, His Majesty added: “You are our independence, as were our ancestors who built the state. And the Nashama of the armed forces and security agencies. The protectors of the homeland and its independence.”

The King said Jordan’s journey has chart a story of success. As it continues to win the admiration of others, according to a Royal Court statement.

Also as this year’s Independence Day coincides with Eid Al Fitr. Amidst exceptional circumstances caused by coronavirus disease (COVID-19). His Majesty noted that this Eid may have lacke the lively visits of relatives and loved ones.

But the King called for making the story of this Eid and this Independence Day “one we tell our children and grandchildren. The story of a nation where their mothers and fathers stood firm to protect their life and their future.”

“Our battle with coronavirus disease is but one of those tough tests that have shown the efficiency of the state. Its enduring institutions, and the strength of its army and security forces,” His Majesty said.

Also the King added that “God blessed us with a clarity of vision and wisdom in decision-making. When we took pre-emptive measures to counter this pandemic,” calling for making this crisis “one of the milestones we pass successfully. Having turned its threats into points of strength and resilience.”

“Yes, we have been physically distant, but our hearts and goals have grown closer, so that we can succeed,” His Majesty said. 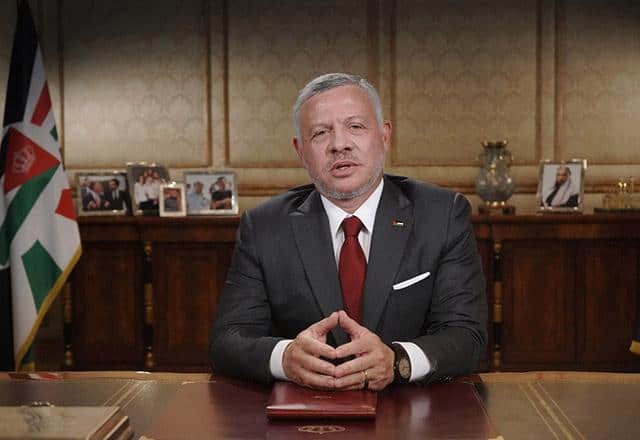